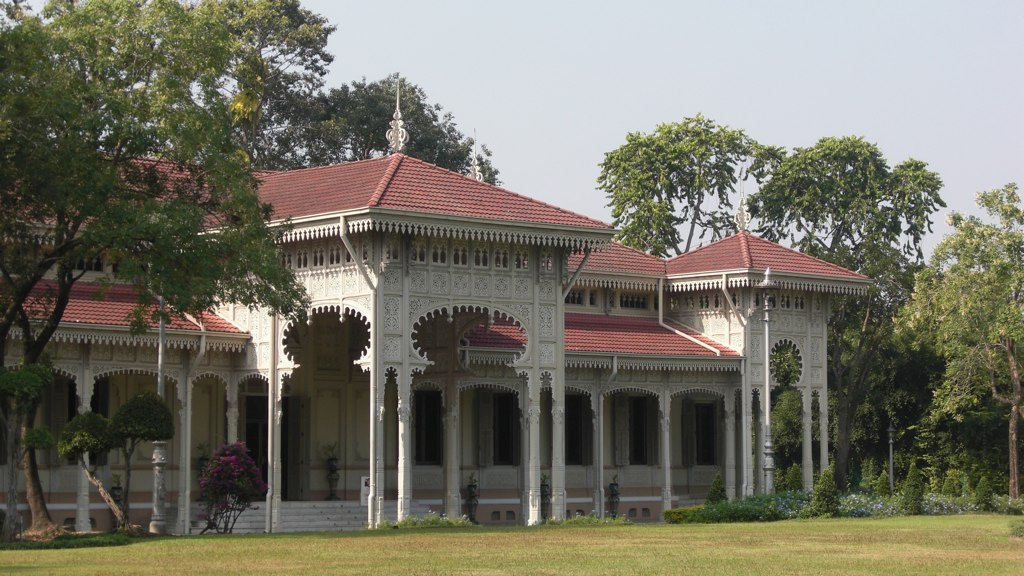 The Abhisek Dusit Throne Hall was build in 1904. It was used to receive important foreign visitors of King Chulalongkorn and as a banquet hall. The single storey, ornate building is decorated with intricate carved flower motifs on its panels and with stained glass windows.

During the early 1990’s the building was renovated and turned into a museum displaying works of traditional Thai art and handicrafts. In 1993 the King and Queen opened the museum sponsored by the SUPPORT foundation. The foundation that was initiated by HM Queen Sirikit aims at preserving traditional Thai handicrafts and the skills to produce them. Among the items on display are niello ware, gold and silver objects sculpted and intricately decorated with various designs, necklaces, brooches, Thai silk items in several designs and colors, wood carvings, soap carvings and silver and gold inlaid items.

The Abhisek Dusit Throne Hall was built in 1904 and was used to receive important foreign visitors and as a banquet hall. The building is a mix of Victorian Gingerbread architecture, Moorish style facades and a Thai twist. It has a very ornate exterior decorated with intricate carved flower motifs on its panels, gables and eaves. Infact every external vertical or oblique surface is decorated with fanciful hand-carved latticework and the overall effect is very pretty. The Abhisek Dusit Throne Hall also has ornate stained glass windows. The main throne hall is a key highlight of the building. It has a high ceiling with elaborate designs and the throne still stands imposingly at the far end. During the 1990’s the building was renovated and turned into a museum displaying works of traditional Thai art and handicrafts. 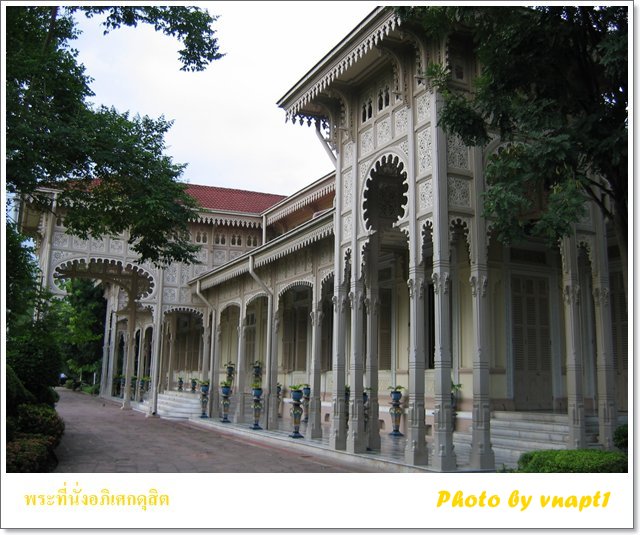 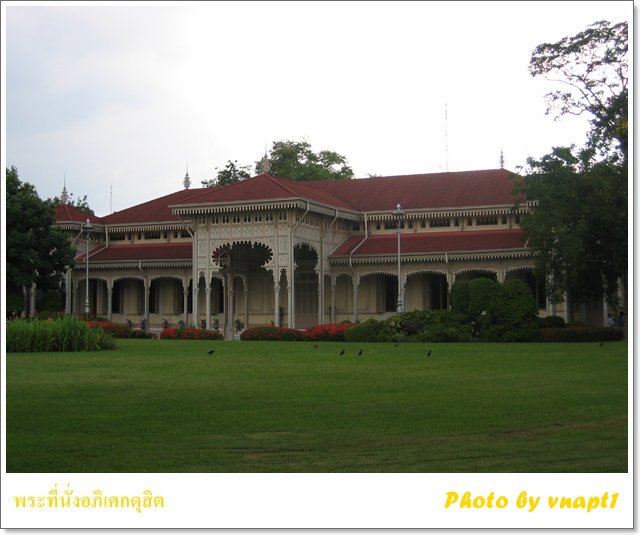 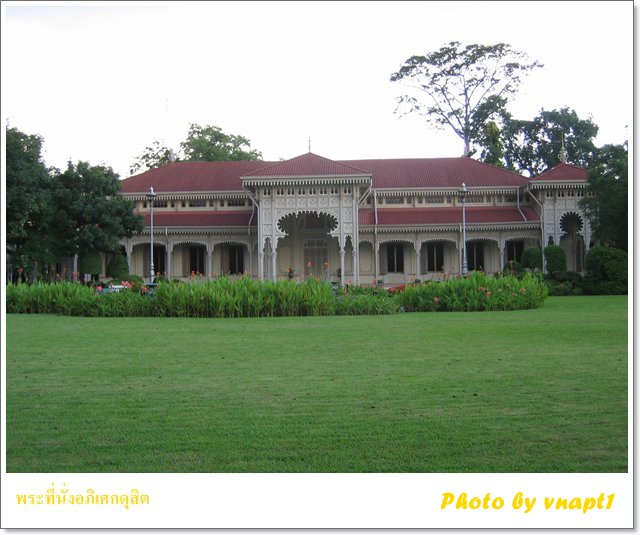 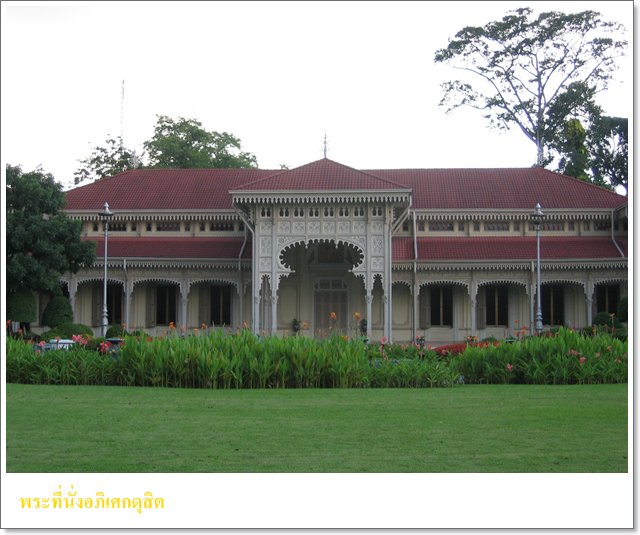